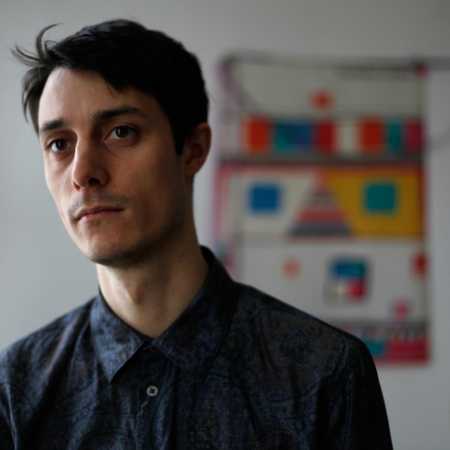 Call Super  All We Have Is Speed

Call Super is the primary moniker of Joseph Richmond Seaton, a DJ and musician from London who has carved out his own place in the landscape of electronic music. Defined by a meticulous approach to the composition, production, art direction and presentation of his work, every release encapsulates Joseph’s idiosyncratic vision.

His record The Present Tense provided the launching point for Houndstooth, the label arm of London’s Fabric nightclub. The following two releases, Black Octagons and Depicta/Acephale, cemented his status as one of the brightest new talents to emerge in the current wave of producers disturbing the musical landscape. Next up came Suzi Ecto, his debut album, which was widely regarded as one of the standout long players of 2014.

Alongside his work as Ondo Fudd for influential label The Trilogy Tapes, his collaboration with Beatrice Dillon for Hessle Audio and two releases for Dekmantel, he has been compared to Ricardo Villalobos, Jon Hassell and Brian Eno. His second LP Arpo arrived in 2017 and was greeted to similar praise to his first, with The Guardian hailing it as “outstanding” and DJ Magazine listing it as the Album of the Year.

This all stands alongside Seaton’s revered work as a DJ. His deft ability to craft sets known for their hypnotic intensity and musical breadth has brought him across the world. His versatility is seen in the range of his schedule, from headline slots at Sónar festival’s 25th anniversary in Barcelona, to his regular appearances at the Golden Pudel, Hamburg’s famous sweatbox, and Berlin’s Panorama Bar.

Call Super currently curates his own weekender at Amsterdam’s De School. He has invited set designers to work in the spaces for musical performers and DJs, shown his own paintings and stepped away from clear timetabling to create spontaneity and reinforce the unexpected.