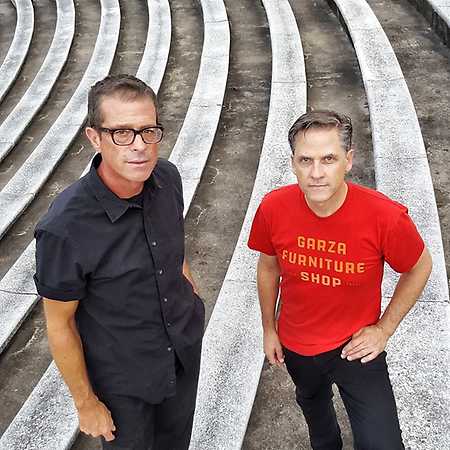 Calexico is a Tucson, Arizona-based Americana, Tex-Mex, indie rock band. The band’s two main members, Joey Burns and John Convertino, first played together in Los Angeles as part of the group Giant Sand. They have recorded a number of albums on Quarterstick Records, while their 2005 EP In the Reins recorded with Iron & Wine has reached the Billboard 200 album charts. Their musical style is influenced by traditional Latin sounds of mariachi, conjunto, cumbia and tejano mixed with country, jazz and post-rock. The band is named after the border town of Calexico, California, and has been described by some as "desert noir".