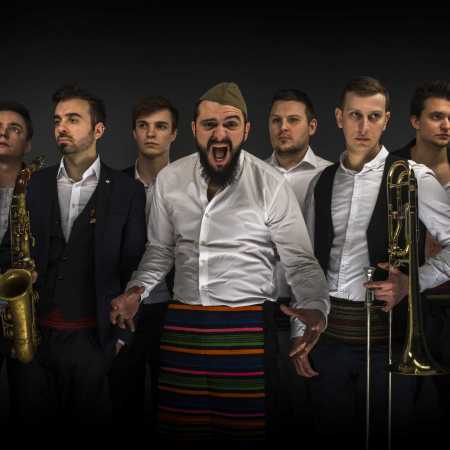 Bubliczki is one of the most interesting bands of the Polish folk scene. The roots of the seven-man-band lie in the musical culture of the Kashubians, an ethnic minority in the North of Poland. Founded in 2007, Bubliczki have stretched their musical tentacles from Kashubia towards the East, the Balkan, Turkey and the Arab territory, and fuse all those influences in their wild mixture of balkan brass, klezmer, ehtno folk and oriental sounds to an explosive sound cocktail.