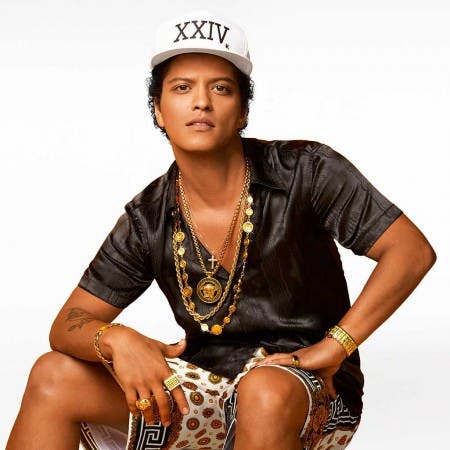 Peter Gene Hernandez, known as Bruno Mars, was born in Hawaii in 1985. As a young boy, he began making music and performed in various musical venues in his hometown. The world heard about him in 2010 with the release of his debut album Doo-Wops & Hooligans. The first single Just The Way You Are topped the Billboard Hot 100 for four consecutive weeks. Since then he has released two more albums: Unorthodox Jukebox in 2012 and 24K Magic in 2016, becoming one of the most influential R&B artists of the 21st century with four Grammy awards in his pocket.