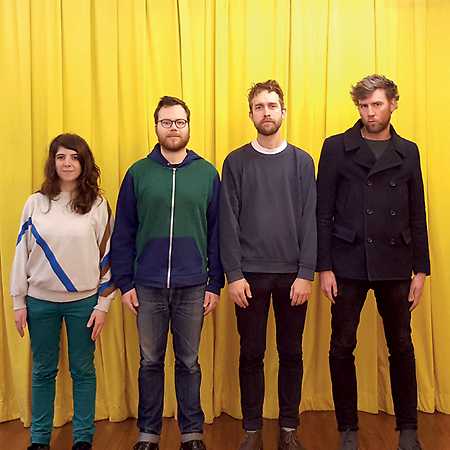 BRNS (pronounced Brains) is a Belgian indie rock band from Brussels. The band consists of multi-instrumentalists Tim Philippe, Antoine Meersseman, Diego Leyder and occasionally César Laloux.
The band released their first single Mexico/Here Dead He Lies on Limite Records in 2011. Their EP Wounded appeared in Belgium via Louis Records in 2012. In October 2014 the debut album Patine followed in Belgium and France. It was released in Germany in November 2014, followed three years later by the successor Sugar High.