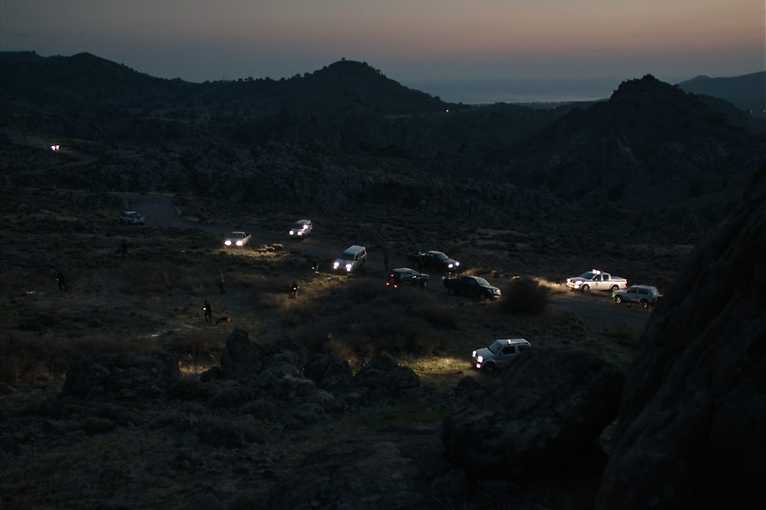 Jaky Chan / Victor Araneda Jure, Angela Decar / Chile 2019 / 8 min. – He lives on a farm, loves action films from Hong Kong, practices with nunchuks, works out, and wants to be like the heroes portrayed by Jackie Chan on his thousand-time-played video cassettes. When Jaky’s sister comes to him with a problem, he knows it’s time for some unadulterated village kung-fu.

All The Fires The Fire / Efthimis Kosemund Sanidis / Greece 2019 / 24 min. – Men, weapons, and dogs, land rovers with cobras. A remote village in the mountains where you can see shooting stars in the middle of the hunting season. The main protagonists of this film presented last year at a festival in Locarno are two brothers with a tense relationship.

Feral / Bojana Babić / Serbia 2016 / 16 min. – Scriptwriter Bojana Babić is back after her last film presented at BRNO16 in 2018 with a silent short directing debut. Three women discover the magic of camouflage, guns, and the adrenaline of hunting. Soft toys hanging from a laundry line serve as practice targets before the women go pig hunting.