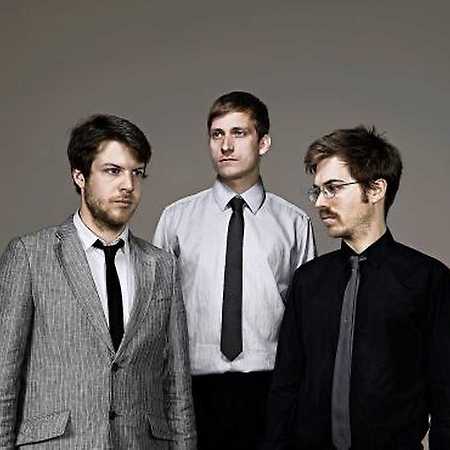 Brandt Brauer Frick is a techno project from Berlin. The trio samples sounds from the instruments of classical music and later performs them live in a ten-piece ensemble.

In their beginnings, the three-member band made their first appearance at the C3 Festival at theTechnoclub Berghain in Berlin. E-drums, keyboards and groove boxes served as instruments here. With the change to the music label! K7 new musicians joined the group, which then performed under the name Brandt Brauer Frick Ensemble. The ensemble played at a number of international festivals, including the Glastonbury Festival, Coachella Valley Music and Arts Festival and Haldern Pop (all 2011).