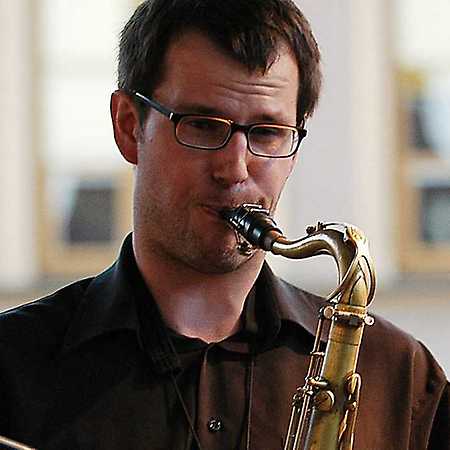 Boris Janczarski is a Polish jazz saxophonist. After completing law studies in France, he honed his musical skills in Chorzów under the supervision of Piotr Wojtasik and in the bands of Kazimierz Jonkisz and Monty Waters (here, together with Wojciech Pulcin and Michał Tokaj – Jazz in the Old Town 2005).

He has collaborated with Billy Harper, Isham “Rusty” Jones, Kevin Mahogany, Ronnie Cubero, Janusz Muniak, Zbigniew Namysłowski, Sławomir Kulpowicz, Piotr Wojtasik, Artur Dutkiewicz, Joanna Gajda, Pavol Bodnar, AMC Trio, Łukasz Korybalski, among others. Since 2002 he has been a regular member of Kazimierz Jonkisz’s bands. He has participated in the recording of film music, among others for films: Chaos, dir. by K. Żuławski, Wojna Polsko-Ruska, dir. by K. Żuławski, Ki, dir. by L. Dawid, Całe Mnóstwo Miłości, dir. by B. Kaczmarek.