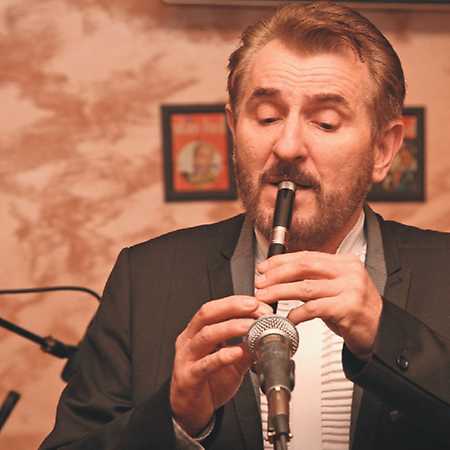 Borislav Dugić “Bora” was born in the town of Djurdjevo, near the town of Kragujevac in the Šumadija region in central Serbia. Since the release of his first album, The magic flute by Bora Dugić. (1979), released six original albums, but his works regularly appear on compilations with Serbian and Balkan music, and are also gaining worldwide popularity as “relaxing music”. Bora Dugić is a laureate of countless state awards in recognition of his merits for Serbian culture. He has also received awards and distinctions at foreign festivals in Munich, Paris, Chicago and Montreux. Bora Dugić's music has been appreciated in popular music, film and television. The composer has made over a dozen soundtracks for feature films and documentaries. He also enjoys recognition in the world of classical music, where he collaborated with Jordi Savall, among others. He has given concerts all over the world, from the USA to Japan and Australia. In 2013 he had his solo concert there in the famous building of the Sydney Opera House.