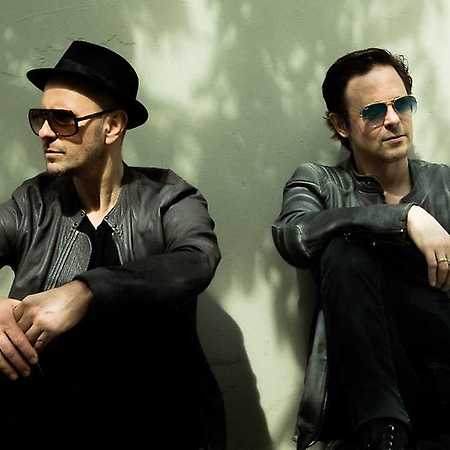 Berlin-based duo Booka Shade (Walter Merziger & Arno Kammermeier) are considered one of the most celebrated electronic acts to come out of Europe over the past two decades. Originally from Frankfurt, Booka Shade quickly gained a strong following within electronic music. In 2002 they formed the now legendary dance label Get Physical Music (together w/ M.A.N.D.Y., Thomas “DJ T.” Koch and Peter Hayo). In 2005 the band released the internationally successful Mandarine EP & Body Language launching them into the stratosphere. Since their Sónar break-through in 2005 Booka Shade earned huge recognition with their innovative live shows. They’ve opened for legendary acts such as Depeche Mode and Kraftwerk and headlined stages at Coachella, Glastonbury, Rock Werchter and Red Rocks. They have been named one of Resident Advisor’s Top 5 Live Acts in the world and in DJ Mag’s 10 Unforgettable Sets From The History Of Exit Festival. Booka Shade were inducted into Pete Tong’s BBC Radio 1 Hall of Fame. Blaufield Music founded in 2013 is the band’s label for releasing their own music & also other artists & emerging talent.