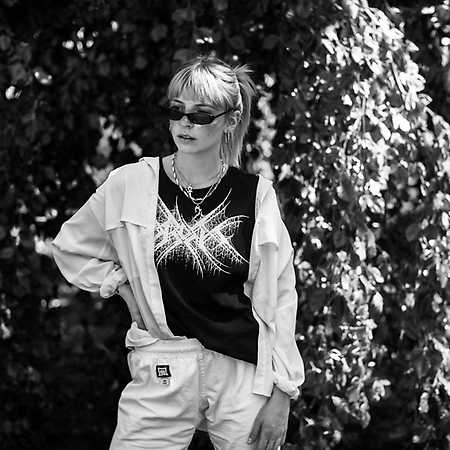 Bonnie is an artist located in Basel, Switzerland. After her first public gig in 2015, she quickly started to hit the clubs of almost every major city within the country, followed by DJ-bookings in Vienna and Berlin. Recently she made her overseas debut in Los Angeles, where she played for The Brvtalist; who described her style most suitable as '‘a punishing mixture of techno, Industrial and mutated electronic rhythms’'. Last year Bonnie joined the new-found ORDEN Agency and is now aiming for an even broader audience, while the electronic underground is still where she determines to make an appearance.