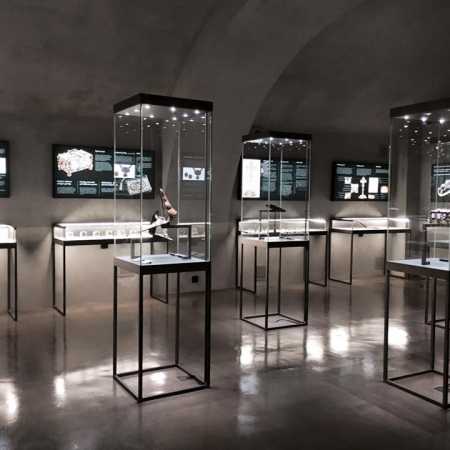 The Bohemian Garnet Museum is a unique exhibition of outstanding jewellery and objects decorated exclusively with Bohemian garnets. The collection offers a comprehensive overview of jewellery from the early days when Bohemian garnet began to be used in jewellery production until the early twentieth century. The Bohemian Garnet Museum also presents the history of garnet mining in the Czech lands. You will learn about the mining sites and mining technology of Bohemian garnets, as well as about methods of their cutting and further processing. You can see, for example, an old cut from the mid-18th century. Furthermore, you will learn about the energy and healing powers of Bohemian garnets.

Visitors to the Bohemian Garnet Museum can buy original period jewellery decorated with Bohemian garnets, including a certificate of origin and authenticity. As a keepsake, you can also choose some of many original souvenirs. The Bohemian Garnet Museum is worth visiting for anybody interested in history, jewellery and crafts, and also offers an interesting experience to visitors from the general public, including tourists coming to Prague.

National Memorial to the Heroes of the Heydrich Teror