Bohemian Burlesque was founded by Angelica G. L´Amour in 2013. Its mission is to produce lavish burlesque and cabaret events in the Czech republic and in New Zealand, which is Angelica´s adopted home country. Bohemian Burlesque has produced the first international burlesque show in the Czech republic and the first ever burlesque show in Brno with four international guests in September 2013 in prestigous venues like Lucerna cinema and Semilasso. The format under Kabaret BurLesk show brand was to do two shows in one weekend, one in Prague, one in Brno. BB went on to produce five more shows under this brand. In 2015 BB produced the first Bohemian Cabaret in New Zealand and then the first annual Bohemian Burlesque Festival in 2016, followed by new monthly shows season of Bohemian Cabarets in Prague in 2017. The name was chosen to increase the knowledge of the original meaning of the word Bohemian-Czech, among English speakers. Back in the days the French thought, the gypsies came from the kingdom of Bohemia, hence they called them bohemians and that is how the better known meaning of the word came to be derived. We in burlesque are certainly socially unconventional and in the arts, so the derived meaning is a perfect fit too. 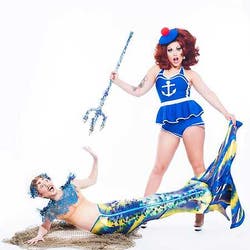 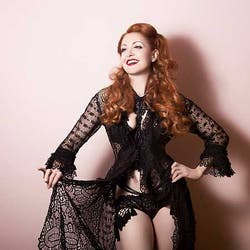 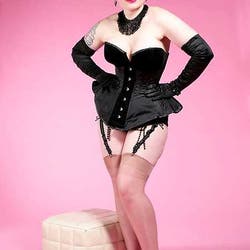