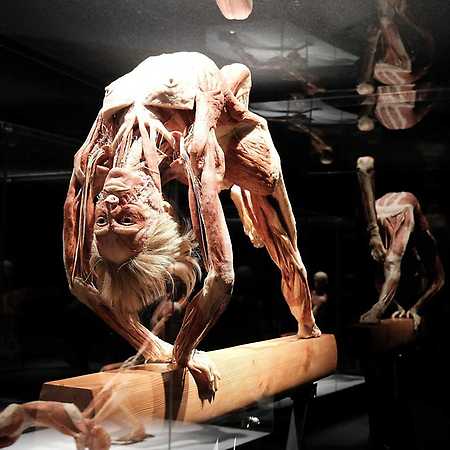 Since 2015, Körperwelten Berlin has been located in the base building of the Berlin TV Tower. Anatomist Gunther von Hagens has been preparing plastinated human bodies in his exhibition Body Worlds since 1995. Intended primarily as a traveling exhibition, various exhibits have a permanent place in Berlin. The exhibition, as well as the initiator Gunther von Hagens, are repeatedly exposed to criticism, with violations of burial law and the lack of scientific purpose being used as arguments.