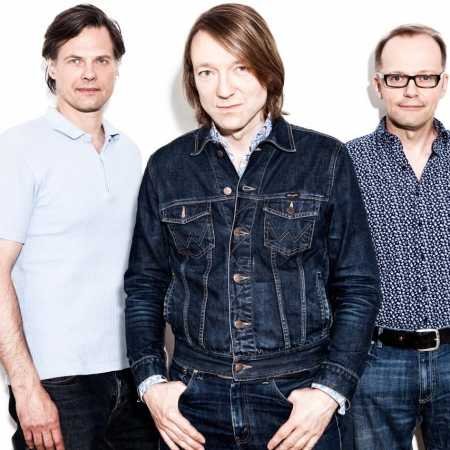 The German pop band Blumfeld from Hamburg has been active between 1990 and 2007 and celebrates a comeback in 2018. They’re one of the most important proponents of the pop music style school of Hamburg and even after the separation of the band continued counting among the most influential and successful groups in the German indie scene.

When Blumfeld played at Lieblingsplattenfestival at Düsseldorf in the end of 2017 with the original line-up and were enthusiastically welcomed by the audience, they decided to tour together in 2018 and work on new songs.

The most important characteristic of the songs are the complex German lyrics, partly performed in sprechgesang by singer Jochen Distelmeyer, in which he connects personal emotional worlds with social criticism using picturesque language. Blumfeld are outstanding with their intellectual and poetic lyrics and only on the last records they produced, they started to bring easier messages to a broader audience.

The dark and melancholic music of Blumfeld is formed by a deep reflection of the social environment. Problems in relationships between humans and the human as a part of a rigid consumer society are key topics of the texts. Fear, depression, insecurity, disorientation but also resistance and protest against society and again and again love as a central motive are important subjects that are thematized and reflected in Distelmeyer’s songs.