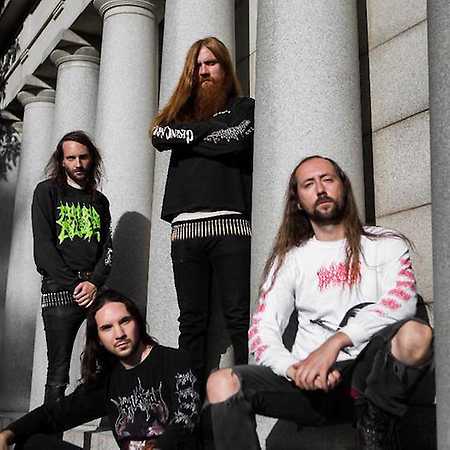 Formed in 2011 in the U.S. Denver, Blood Incantation in less than a decade earned the status of innovators and visionaries of death metal just as the genre was getting depleted in many fans' eyes. Today the Americans are one of the most important names in metal underground. The band from the early stages was led by drummer Isaac Faulk and guitarist and vocalist Paul Riedl. A year later a second guitarist Morris Kolontyrsky joined. Paul and Morris also met in the lineup of Spectral Voice, from which band Jeff Barrett joined Blood Incantation in 2015. The EP Interdimensional Extinction (2015) and the year younger debut album Starspawn made the group a name hot in the underground cauldron.

We Are The Motion