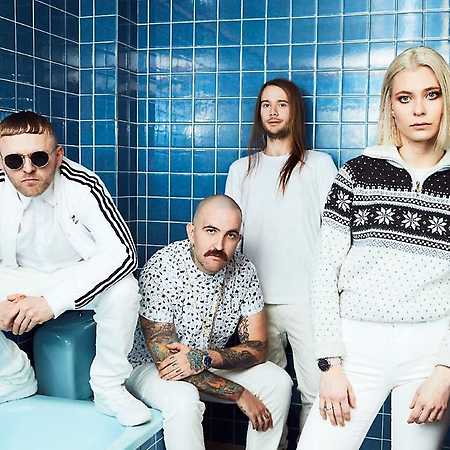 Blood Command is a Norwegian punk rock band from Bergen. The band was founded in 2008 and is under contract with Fysisk Format. It consists of the members Karina Ljone, Yngve Andersen, Sigurd Haakaas and Simon Oliver Økland. Yngve Andersen said that the musicians are listening to many different styles and the band has a variety of influences, including the most important ones like Drive the Jehu, At the Drive-In, Refused, Hot Snakes, Depeche Mode, New Order, Descendents, The Faint , Comeback Kid, The Cure and Sonic Youth are. They released several albums, including Ghostclocks (2010), Funeral Beach (2012) and Cult Drugs (2017).