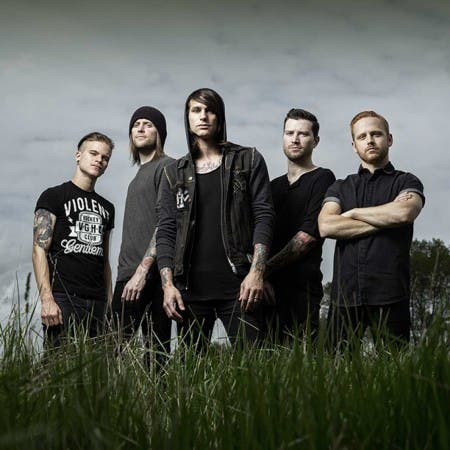 Blessthefall is an American musical group that was founded in 2004 in Phoenix. Currently, the group consists of five members: Mike Frisby (guitar), Jared Warth (bass), Beau Bokan (lead vocals), Matt Traynor (drums) and Eric Lambert (guitar). Their music can be considered a post-hardcore to screamo. So far released three studio albums – His Last Walk (2007), Witness (2009) and Awekening that officially released in 2011.