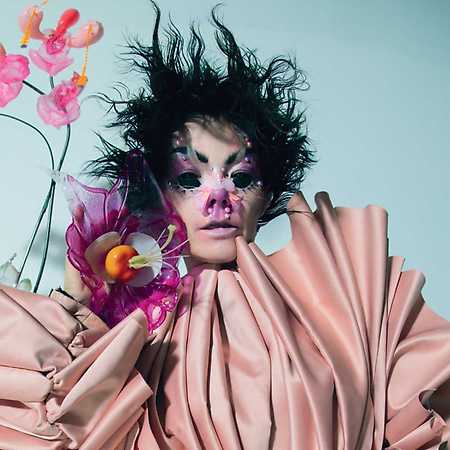 Björk  Army Of Me

Björk Guðmundsdóttir, known worldwide by her first name, is an Icelandic singer, music producer, composer, songwriter and actress. Her music is inspired by pop, electronic, tip-hop, alternative, jazz, folk and classical. From childhood she received musical training in singing, piano and flute. After one of her teachers sent a vocal recording of I Love To Love from Tina Charles to Radio One, whole Iceland got to know her.

The singer later became interested in punk music and founded the group Spit and Snot at the age of 14, followed in 1979 by the fusion jazz band Exodus. In 1981 she founded Tappi Tíkarrass with a member of the band. The first album Miranda was released two years later. Other bands such as the Gothic band KUKL (Icelandic for “witchcraft”) followed.

In 1991 she sang a song on the Island album of the neo-folk band Current 93. Since 1992 the musician has been solo. She released her debut album Debut together with Nellee Hooper, who already produced albums for Massive Attack. Her album Post from 1995 rose to number 2 on the British charts. She has worked with a variety of artists and, in addition to her own music, also wrote the Madonna song Bedtime Story for the album Bedtime Stories.

In 1997 Björk released the album Homogenic, which reveals Björk’s emotional side and her closeness to nature. In 2001 the album reached gold status in the USA. In the same year the album Vespertine was released, in which she incorporated experimental elements such as Inuit choirs, experimental groups and parts of a chamber orchestra. She also sang at the Olympic Summer Games in Athens in 2004 and released the album Medúlla. The albums Volta (2007), Biophilia (2011), Vulnicura (2015) and Utopia (2017) followed. The magazine Rolling Stone included her on the list of the 100 best singers and the 100 best songwriters of all time. She first appeared in the film Juniper Tree in 1990 as an actress.