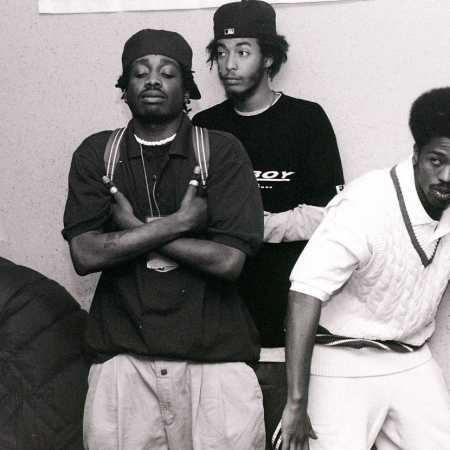 About Bizarre Ride II The Pharcyde

Members Pharcyde began putting together the late eighties. Native dancers began more and more to rap, try based band, The Pharcyde to crystallize. In 1991, she recorded together demo, which already contained future hits like Passin Me By or Ya Mama. Demo brought them a contract with record label Delicious Vinyl and release of their debut album Bizarre Ride II The Pharcyde in the following year 1992. The Pharcyde started touring with bands like De La Soul and ATCQ. More albums already more or less noted personal conflicts or solo ambitions of some members still brought hits like Runnin or Drop. With each plate, however, critics and fans alike succumbing to less enthusiasm. It seemed that The Pharcyde remain a legend of history, not the present. But as fate would have it, the majority of the members decided to celebrate its debut. Or twenty years since its release. Celebrated with a concert that was to be the first and last time after so many years sounds full album Bizarre Ride II The Pharcyde. The overall success, however, shuffled the cards and the project of Bizarre Ride 2 The Pharcyde. – Translated by Automatic service