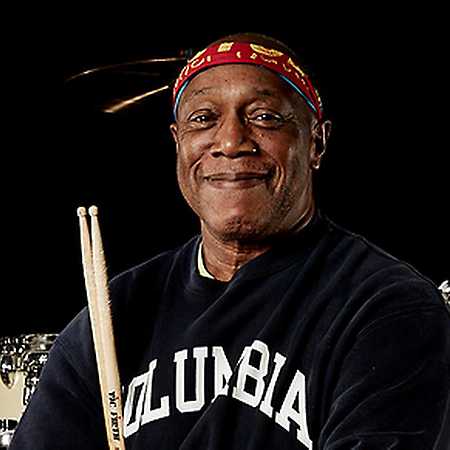 Born in Panama, his family moved to New York in early childhood, where Billy Cobham began his studies at the High School of Music and Arts, which he graduated in 1962. At the beginning of the 1970s, Billy Cobham’s interest in fusion music let to collaborations with musicians such as Brecker Brothers, guitarist John Abercrombie and Miles Davis. He has taken part in the recording of Live-Evil and A Tribute to Jack Johnson. Billy Cobham revolutionized the way of playing drums and the hi-hat. His cooperation with guitarist John McLaughlin resulted in the formation of The Mahavishnu Orchestra. In 1973 Cobham recorded his first solo album entitled Spectrum. He recorded his first two studio albums with the band which made them become a symbol of fusion music.