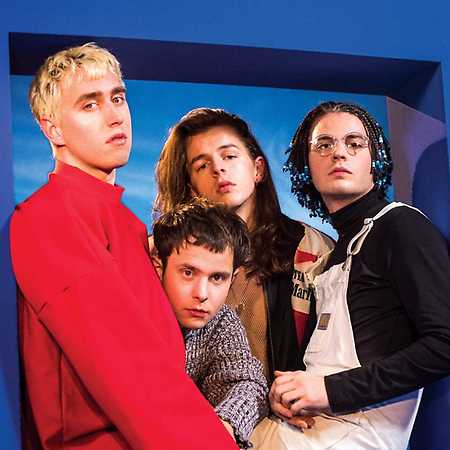 Bilderbuch is an Austrian band. Their music shows influences from various genres, including indie rock, art-punk and hip-hop. Bilderbuch was founded in Kremsmünster in Upper Austria. Since 2008 the band members live in Vienna. In the summer of 2009, the debut album Nelken & Schillinge was released on the indie label Schoenwetter Schallplatten. The single Calypso climbed to number four on the Austrian Indie Charts and is also on the FM4 Soundselection 21.

At the beginning of 2013, hip-hop and R & B drummer Philipp Scheibl joined the band. In June 2013, the single Plansch (of the EP finest silk) was released, which went onto the FM4 charts.In October 2013, the second single Maschin was released on the band’s newly founded label Maschin Records. In 2017 the album Magic Life was released.

Do I Smell Cupcakes

The Plot In You