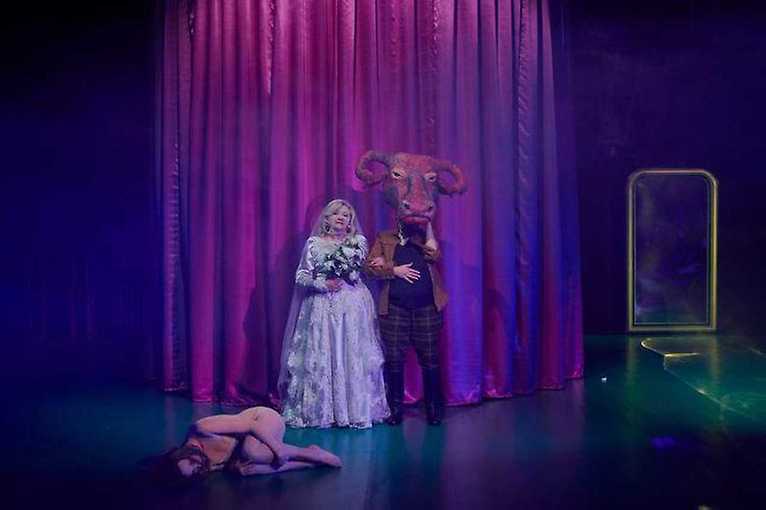 This is one of Tadeusz Różewicz’s more controversial plays and although it was written in the last century, with the emancipation of subsequent generations it continues to gain relevance. In Martyna Łyko’s production, the play takes on a distinctly female perspective, because the cast is entirely female, we also see the actresses in male roles. The narration in the play is led by Bianka and Paulina, who are growing up. The girls explore the world of their emotions, try to find their own identity and understand their emerging sexuality.

Through the eyes of the maturing women we observe the family home, and in it: the relations of power, coined systems, dependencies and conventions, and above all, people enclosed in gender-based social orders. These attitudes arouse anxiety and incomprehension of young people in the context of passions and desires, which, misunderstood or hidden, are driving their relatives. The performance deciphers Różewicz’s inspiration by the life stories of Polish women emancipators on their way to equality, and, as the producers intend, also to the birth and formation of subjectivity in each and every one of us.