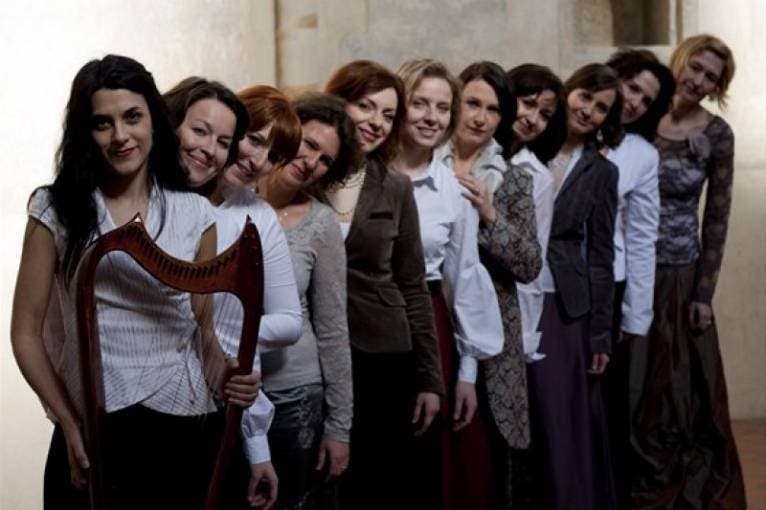 Between Heaven and Earth

The high celestial sphere of the Middle Ages invites us to prayer. In the 14th century, it sent tidings to Croatian monks on the Pashman isle that Charles IV wished them to come to Prague and establish a monastery there, known as the Emmaus Abbey. Two hundred years before, St Francis of Assisi knelt down under the Mediterranean firmament to sing his praise to God.

This programme, created and performed by Tiburtina Ensemble with its artistic director Barbora Kabátková, will take us to the space Between Heaven and Earth, symbolized by the high Gothic dome of the Church of Our Lady of the Slavs at the Emmaus Abbey.

Together with two Italian virtuosos on the key fiddle, Marco Ambrosini and Angela Ambrosini, they will perform a selection of unique hymns or lauds, monodic religious songs from the famous manuscript collection Laudario di Cortona. Key fiddle was a favourite instrument of the travelling bards, including the troubadours of Occitania whose songs were so much admired by St Francis.