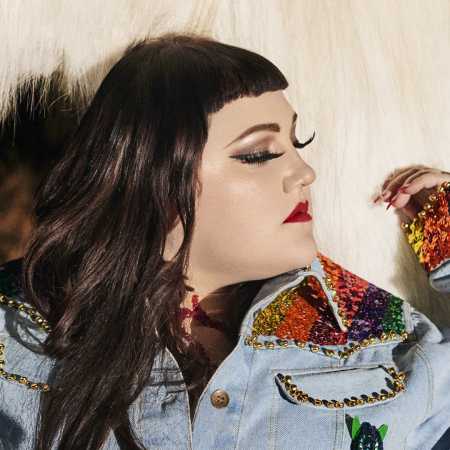 Beth Ditto introduced herself when she kicked in the door of the musical world with her iconic band The Gossip in the beginning of the 2000’s. She was a singer with a powerhouse voice; equally dipped in blues, rock, soul, and gospel. A singer with punk attributes and explicit political views. Ditto was a cultural phenomenon as much as a musician. An LGBT activist who posed naked on the front cover of both NME and Love Magazine and somewhat an unofficial spokesperson for the body positive movement that has grown extensively since then.

The Gossip released their last album A Joyful Noise in 2012, later the band split up. Ditto released her debut EP 2011. A collection of songs rooted in 70’s disco and the 80’s electronic pop, with distinct references to the likes of Whitney Houston and Madonna. The upcoming solo full-length debut, Fake Sugar, is according to Ditto herself, her ”Southern record”. Its already released first and second singles, Fire and Oo La La, bear witness of a sound that is a step away from pop to a smoky and rugged style of music. That kind of music that tears up the soil of the American South and reveals everything buried beneath.