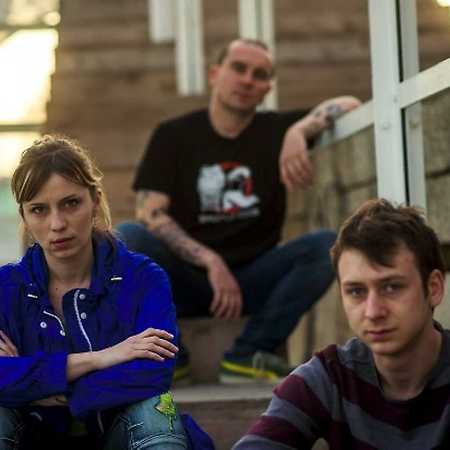 3:38 0 ×
Bernays Propaganda  Are You Enjoying Being In Your Own Accompaniment?

2:57 0 ×
Bernays Propaganda  Everything Will Fall Apart

Bernays Propaganda was born in Skopje, the capital of Macedonia, in the middle of the first decade of the 21st century, and with its debut album – Happiness Machines – has already gained considerable publicity in all the former Yugoslav republics. Their hypnotic, nervous music inspired by bands such as Gang of Four or Fugazi and their committed, political lyrics resonate with the restless, tense atmosphere of everyday life in those parts. With their fourth album – Politika – the band went into a bit more disco-funky style of music, without, however, giving up on the lyrics.