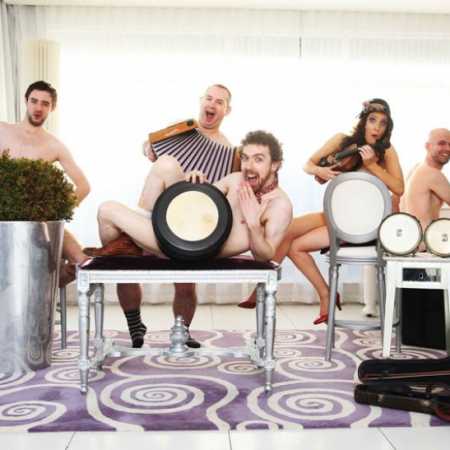 Music band Beoga (Gaelic word for “live”) was established in the north of Ireland, County Antrim. The basis of her music consists of traditional Irish rhythms, but is not afraid to use and combine other genres. The result is traditional music with a great sense of fun and adventure, but this works perfectly. Beogu Wall Street Journal describes as “the best new traditional band, which in Ireland over the last century emerged.”

The group was founded in 2002, its founding members were Damian McKee (accordion), Sean Graham of Bashan (button accordion, guitar), Liam Bradley (keyboard) and Eamon Murray (bodhran, percussion), which is four times winner of the Irish in championship play bodhran . In 2005 the group joined a young and talented Niamh Dunne (violin, vocals).

Their first album, the group released in 2004 and which was called A Lovely Madness have enjoyed tremendous success. Won 9 out of 10 points in the renowned Irish music magazine Hot Press, and placed in its ranking of the best traditional / folk albums of the year.

The group, whose fan base and popularity is growing in the world, regularly participates in Celtic and folk festivals around the world. Her reputation as one of the most daring of traditional bands today confirms new album How To Tune A Fish, which is known only in the press themselves superlatives. – Translated by Automatic service