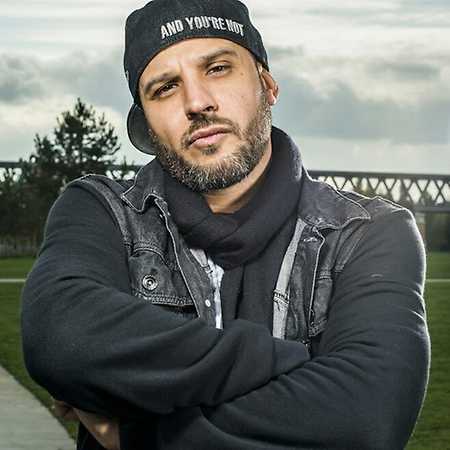 Ben Salomo (actual name Jonathan Kalmanovich, born 1977 in Rechovot) is an Israeli rapper and YouTuber who grew up in Berlin and founded Rap am Mittwoch (“Rap on wednesday”). In November 2016, he released his first solo album titled Es gibt nur Einen (“There is only one”).

Ben Salomon’s music is assigned to the Conscious Rap, the politically and personally reflected genre of Hip Hop. In his texts, he describes his life as a self-designated “Israeli Kanacke” (slang for foreigner is German) or “Jew from the street” in Berlin and expresses religiously motivated differences: "They call him God, you call him Allah, we say Adonai/… and just as God gave the hand more than one finger, he gave man more than one way to God", it is said in the title track of his album.