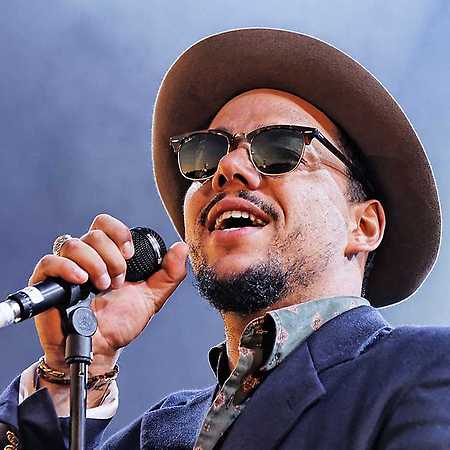 Benjamin Duterde, better known by his stage name Ben l’Oncle Soul is a French soul singer-songwriter. After graduating in 2004, he started singing in a gospel group called Fitiavana. He often wears a bow tie like Uncle Ben from Uncle Ben’s Rice. His friends called him “l'Oncle Ben”, but he decided to change it in 2009, shortly before the release of his first EP Soul Wash: Lesson 1 to avoid copyright problems. His eponymous debut album was released by Motown Records in 2010.
In 2012 he won the European Border Breakers Award. The same year his song Petite soeur was used in the TV-spot for the chocolate bar Duplo.