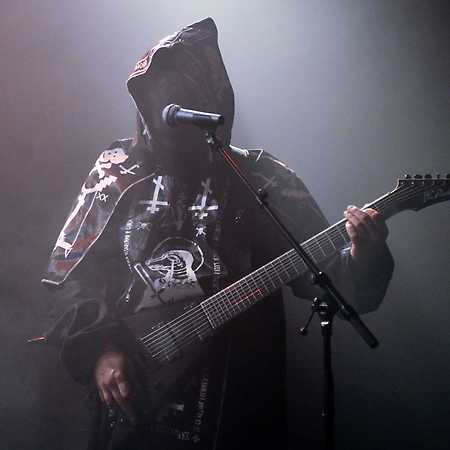 Батюшка is a Polish black metal band formed and led by Krzysztof Drabikowski. Their music and lyrics, which are written exclusively in Old Church Slavonic language, are inspired by the Eastern Orthodox Church. The band members wear habits and eastern orthodox schemas during live performances to conceal their identities. In contrast with many other black metal bands, they use seven and eight string guitars. In 2016 they released their debut album Litourgiya and after splitting with Bartłomiej Krysiuk, who now leads his own version of the band signed to Metal Blade Records, Krzysztof Drabikowski’s Батюшка released Panihida in 2019 under Sphieratz Productions.