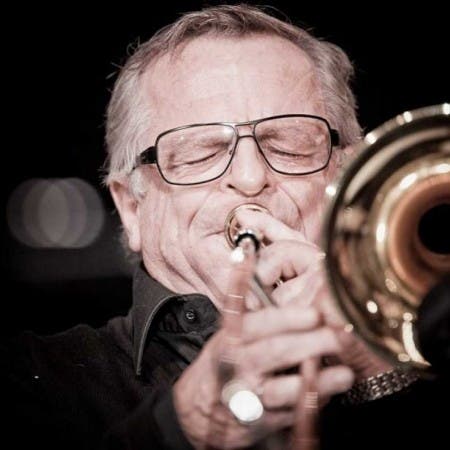 Bart van Lier (Haarlem, 1950) is principal trombonist with the Metropole Orchestra. Since 1968, he has been a member of various orchestras and ensembles, such as the Varadansorkest, the Tony Nolte TV Orchestra, The Slide Hampton 4 Trombone Group and The Ramblers.

He has been a member of the Metropole Orchestra since 1992. Additionally, he plays in Peter Herbolzheimer’s Rhythm and Combination and Brass and performs with jazz groups such as Bart’s Bones, Nueva Manteca, Trio Bart van Lier and the Bart van Lier Ilja Reyngoud Quintet.

As a soloist, Bart can be heard on the CDs Akili, First Brass, Bart’s Bones, Twilight, Memories of the Future and Live at the Tor. He is the author of the book Coordination Training Program for Trombone Playing, published in 1994, which has been translated into five languages. 1994 also saw the launch of the trombone model ‘Bart van Lier’, built by Kühnl & Hoyer.