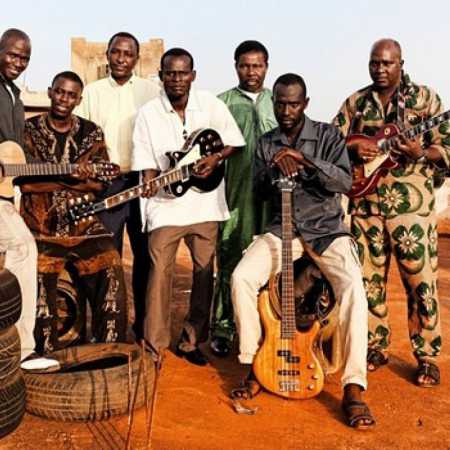 When Africans have discovered the guitar, it was the beginning of a fascinating era. On the fretboard had carried the melody played on the local Lutes, which have created styles completely outside the horizon of Western players. He belonged to the masons Zani Diabaté from Mali with a group of Super Djata Band, which was a strong competitor for Les Ambassadeurs, with whom he sang Salif Keita. The link to the pioneers of the Super Djata Band struck up their drummer, who founded the Bamba Wassoulou Groove along with the three (!) malijskými guitarist. The main is Moussa Diabaté, once a supporter of the legendary Rail Band of Bamako.

Bamba Wassoulou Groove is in part a follow-up to the tributem link Super Djata Band-but thanks to the potential of the participating players further develop this link. Super Djata Band celebrated international success in the 1980s. years ago, before the world music has become a trend. “Their music is harder than soukous from the Congo and hotter than the mbalax from Senegal,” wrote critic Robert Christgau, an American then.

The region of Wassoulou music is on a map of Mali a key role. While in other parts of the country’s musical tradition in the hands of griotů, a hereditary caste of singers in these songs, the Wassoulou music is the domain of the hunters. The songs are part of the magical night rituals, whose aim is not only to beguile a beast lovenou, but using a trance state the hunters to a parallel reality and strengthen their perception. Wassoulou Groove works as an intensive dance music with spiritual overtones, the guitar solos are malijskou variant of psychedelia. Wassoulou music we know from the singers Oumou Sangare or Nazeli Dumbie. The two in Prague they performed in the concerts '. – Translated by Automatic service