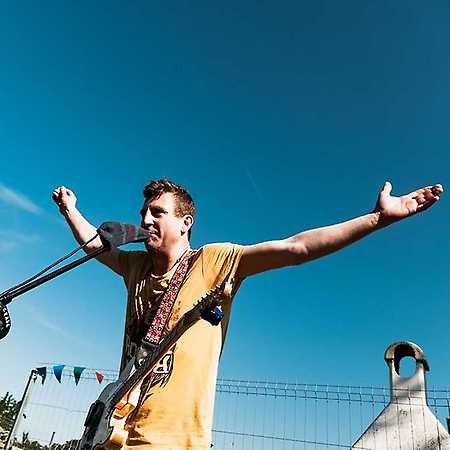 Bajzel is a walking music machine. He writes lyrics, composes music and sings. His concerts are distinguished by unusual, original compositions created by intertwining many genres. With the help of loops of drum samples, guitars and vocals sung live, he creates music resembling a band of several people. Since 2011, together with Jacek “Budyn” Szymkiewicz (Pogodno), they have been forming the Babu Król duo, with whom they also give concerts on a regular basis. The musician has given several hundred concerts in Poland and abroad (including the United States, Spain, the Netherlands, Belgium, France, the Czech Republic). He has played tours with Pogodno, Kasia Nosowska, Strachy Na Lachy, Lao Che, among others.

Night Before The End