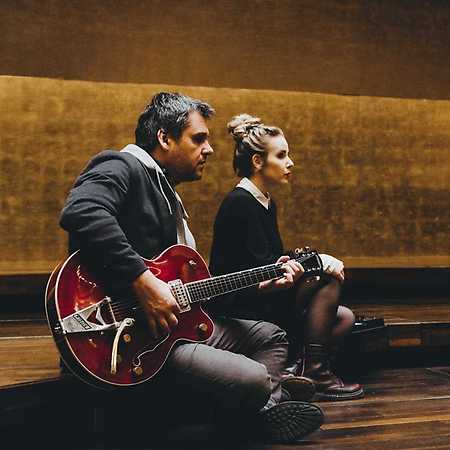 BAiKA is a duo formed by Piotr Banach (the first leader of the band Hey, producer and co-composer of Katarzyna Nosowska’s debut solo album Puk, puk, founder of Indios Bravos, author of the solo album Wu-Wei with the participation of Abradab, Alicja Janosz, Gutka and Tomek Lipiński) and singer Kasia “Kafi” Sondej, who plays on keyboard and percussion instruments. The name of the band is an abbreviation of the guitarist’s name and the vocalist’s pseudonym.

In 2018 the duo was joined by Marcin Żabiełowicz, guitarist of the band Hey, who cooperated in the past with Natalia Kukulska or Edyta Bartosiewicz and Jacek Mazurkiewicz. Banach and Kafi performed as guests on the Fayrant tour, which the band Hey played before the suspension of activity. At the beginning of 2018 their debut album entitled Byty Zależne was released. The album is a collection of fourteen original compositions with echoes of various styles – from rock, through reggae, to electronics.