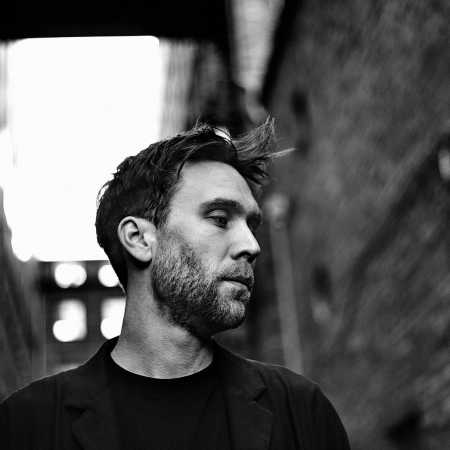 Having grown up with and on the internet, Martin Steer has transformed its pull into a concept album that is just as immediate and intangible as the digital world. Bad Stream is guitars and machines vanishing in the spaces between Radiohead, The Notwist and Nine Inch Nails only to reemerge amidst ambient, noise, and drone. It marks Martin’s attempt to release his own history, alienation and loneliness into the chaos of the digital world and to retain their substance in doing so.

Martin has spent half his life writing hybrid songs; in doing so, he transcends the demarcation lines between rock and electronica, the pre-internet era and our world today, drawing on and transforming his experiences. In Bad Stream, everything coalesces. The past seven years took Martin and his laptop and guitar from Berlin to Mexico and Nepal and, as a founding member of Frittenbude, into the German charts and to various festival stages. And yet, Bad Stream is a true “Berlin album” out of Friedrichshain, Neukölln, and Kreuzberg, one that was recorded in a studio on the outskirts of Munich with real drums by Spúr and programmed beats, with shoegaze guitars, piano, smartphone synths, violins and field recordings found on the darknet.

It’s not the first time Martin does “his own thing”: after Pandoras.Box, he founded Antime in 2011 as a label and DIY-network for electronic music with more than 20 releases and dozens of label nights to its name. Here as much as anywhere in Martin’s work, opposites attract, transitions blur, and inspiration proliferates.