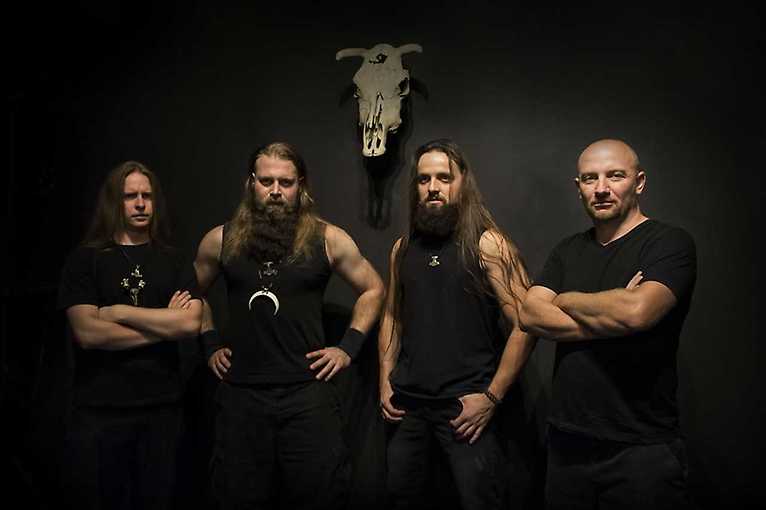 An outdoor concert of three metal bands from different parts of Poland.

The horde from Tomaszów Mazowiecki playing a melodic death metal with elements of black metal and folk maintained in the themes of Vikings and Slavs. Formed in 2006 in Tomaszów Mazowiecki, Valkenrag began actively touring in 2013. Since then it has managed to play on many tours and in many European countries (Germany, Denmark, Hungary, Slovenia, Czech Republic, Slovakia, Lithuania and Latvia) with bands such as Unleashed, Rotting Christ, Mgła, Ensiferum, Taake, Moonsorrow, Venom, Negura Bunget, Skalmold, Turisas, Saor, Kampfar and many, many others.

Velesar is a Polish folk metal band formed in 2018 by Marcin Velesar Wieczorek – former vocalist of the bands Goddess of Sin (2001-2007) and Radogost (2010-2014), as well as the founder of the band River of Time (since 2014). He was born out of a fascination with Slavic culture and history and a passion for both metal and folk music. The main inspirations are drawn from Slavic mythology, ancient beliefs and rituals, but also fairy tales and legends that are remnants of the rich cultural heritage of the ancient Slavs. On 6 July 2019, during the VII Slavic Folk-Metal Night in Brenna, the premiere of Velesar’s first album Dziwadła took place. Musicians from such bands as Percival Schuttenbach, Helroth, Radogost and River of Time, among others, took part in its recording. The album was ranked 3rd in the Best Debut of 2019 category by the Dutch portal Folk-metal.nl, and was also ranked 3rd in Folkmetal.pl’s poll for the Best Folk Metal Album of 2019. It was also nominated for the 2019 Virtual Goosebumps Award, eventually taking 6th place (out of 72 albums taking part in the poll).

Merkfolk was formed in early 2013 by siblings Irmina and Rafał. The band has been touring regularly since November 2013. They have performed, among others, at the National Folk Metal Rally, Ragnard Rock Festival (France), Kalevala Polish Tour, Hellhammer Festival (Czech Republic). They had the opportunity to play on one stage with Percival Schuttenbach, Kalevala, Welicoruss, Arkona, Primordial, Nokturnal Mortum, Wardruna, Skiltron, The Moon and the Night Spirit, Nine Treasures and others. The band’s name, loosely translated (from Norwegian), means “carrying folk”. Merkfolk’s songs are catchy melodies, played by accordion and fiddle, and heavy guitar and percussion, with a female growl.