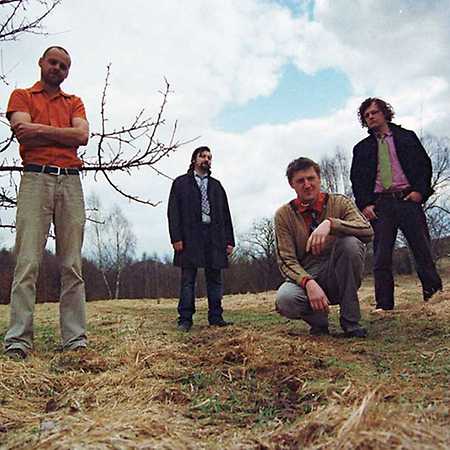 The project of improvised music B4 was formed in 1998. They also performed with some other musicians. Music B4 ranged from ambient, urban ethno, dub, post rock to trip hop and jazz. As inspiration B4 presents Czech creators Peter and Paul Ormova, Steve Reiche, Medeski, Martin and Wood, Einstuerzende Neubauten and especially two songs of the project Money Mark Information contraband and Push the button.

In 2019, Tomáš Procházka and David Freudl released an album Plastová okna (“Plastic window”) by Poli5. On the album they poetically comment on the relationship of Czechs to themselves and their landscape. B4 holds the very first Vinyl album of the year, they won it for Didaktik Nation Legendary Rock in 2011. Two years later they were competing for the Prize of the Year award for their 15-hour concert.