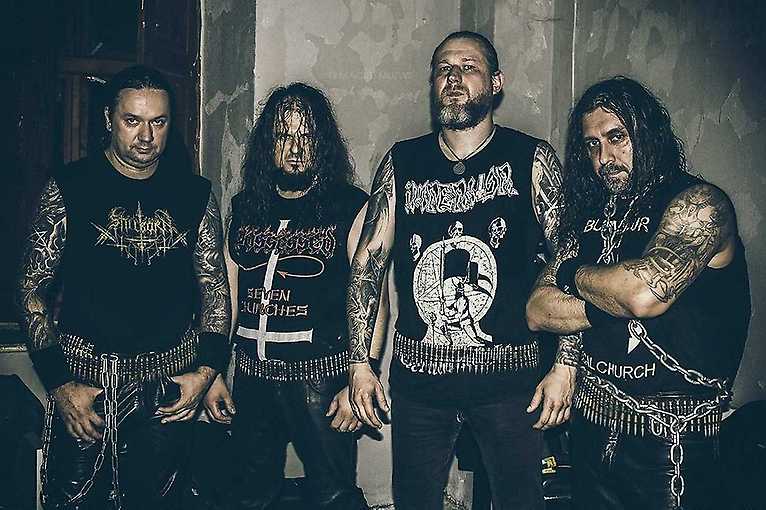 Azarath’s premiere concert to celebrate the release of the new album “Saint Desecration”.

Azarath – Group formed in 1998 in Tczew by Inferno (drummer of legendary Behemoth), Bruno and D. The group became a synonym of untamed wildness and truly devilish devotion.

Imperator – is one of those bands that had a huge impact on the underground metal scene. Not only in Poland. Euronymous from Mayhem was interested in releasing the band’s material.

Thaw – The Hooded Gentlemen from the band from Sosnowiec, despite their relatively short internship, have quite a large output. Founded in 2010, the band drew the attention of fans with an interesting mix of black metal and elements of ambient, noise and experimental music. The songs are interestingly arranged, maintained in a dense, dense, dense climate.

Nekkrofukk – a seaside band, existing since 2012.

Loathfinder – blackened doom from Krakow. In 2017 they debuted with the EP The Great Tired Ones, and in 2019 they released a split from Druj entitled Aspects of Oblation. The music of Loathfinder appreciated fans of Hooded Menace, Coffins and the darker face of Cathedral. Live – heavy and oily bad trip.