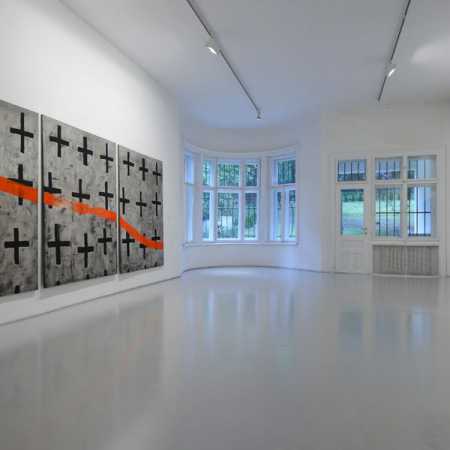 Galerie Aspekt was founded in 1990. It is situated in an 18th century house within the Špilberk Castle park on Údolní 13, Brno, Czech Republic. The gallery offers an outstanding space for exhibitions of modern and contemporary Czech art. The gallery is composed of two levels. The first level exhibits authors' works which are displayed for a period of two months. The second level has a selection of work from the artists which the gallery represents. In 1995 the gallery received a cultural award from the city of Brno. The gallery has also made publications for artists. Its focus is on 20th century art. The gallery represents Czech artists such as Vladimir Kopecky, Vaclav Bostik, Petr Kvicala, Frantisek Dvorak, Otto Placht etc.