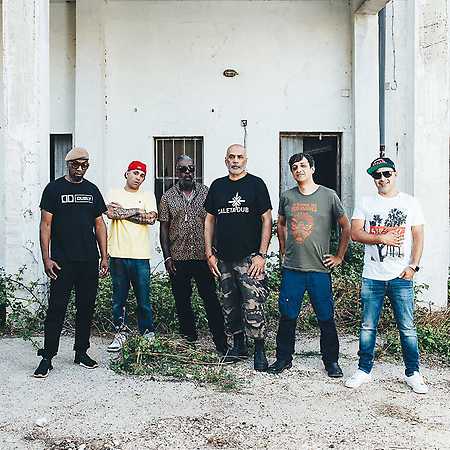 Asian Dub Foundation are a British electronic alternative band with political lyrics. Their music is a mixture of many different styles, mainly breakbeat, dub, jungle, rapcore and drum and bass.

The band was founded in 1993 by the Community Music Foundation, engages in working with young people, especially from social flashpoints and ethnic minorities. Asian Dub Foundation have gained a worldwide reputation for their energetic music which combines a variety of influences from electronic dance music to Bengali folklore. And of course, thanks to their clear an uncompromising attitude against racism, they also have a critical view on the Western world.