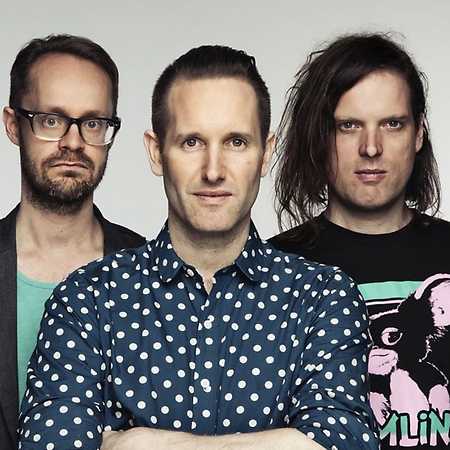 Ash are a Northern Irish rock band formed in Downpatrick in 1989 by vocalist and guitarist Tim Wheeler, bassist Mark Hamilton and drummer Rick McMurray. As a three-piece, they released mini-album Trailer in 1994 and full-length album 1977 in 1996. NME named 1977 one of the 500 greatest albums of all time. After the success of their full debut the band recruited Charlotte Hatherley as a guitarist and vocalist, releasing their second record Nu-Clear Sounds in 1998. After narrowly avoiding bankruptcy, the band released Free All Angels in 2001 and a string of successful singles.

The band became a three-piece again in 2006 when Hatherley left, and after five conventional albums the band released 26 singles in the _A-Z_Series_ in 2009, one every two weeks.
The band have had one silver, two gold and two platinum-selling (and chart-topping) records in the United Kingdom, as well as 18 songs in the top 40 of the UK Singles Chart.