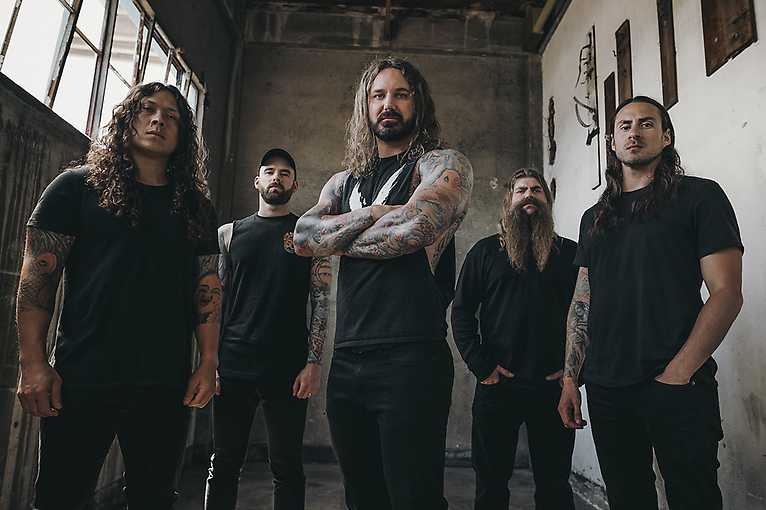 As I Lay Dying + Emmure + more

As I Lay Dying – the career of the band, formed in 2000, was developing very well. Albums from 2007-2012 were high on Billboard Top 200, An Ocean Between Us, The Powerless Rise and Awakened. As I Lay Dying received the Ultimate Metal God award from MTV2 in 2007, as well as three “Artist Of The Year” awards at the San Diego Music Awards (2005, 2007, 2008). The crowning achievement of this great streak was a Grammy nomination in 2008 for the song Nothing Left. Since December 2016, the history of AILD has been rewritten. Fans, concert promoters, representatives of Nuclear Blast reached out to the band with a helping hand, and the attitude towards the vocalist was done by Jordan Mancino (drums), Phil Sgrosso (guitar), Nick Hipa (guitar) and Josh Gilbert (bass guitar, clear vocals). After working in the studio and performing, Americans released an album with the saying title Shaped By Fire. Emmure – the band was formed in 2003. Personal turmoil became an inseparable part of Emmure’s history. It even came to the fact that in 2015 all the colleagues who were cooperating with him at that time said goodbye to Palmeri. Despite numerous changes in the line-up, the band regularly released albums and gave concerts all over the world, often reaching also Poland. Musically, Emmure is deathcore, metalcore, alternative metal. Deathcore formation Whitechapel was formed in 2006 in Knoxville, Tennessee, and the name was taken from the London district located a few thousand kilometers away, where the bloody harvest was made in the nineteenth century by Jack the Ripper. The three guitars of Whitechapel define the sound and style of the band. The basis of American music are powerful riffs, which attack the hearing organs with great intensity. This approach delighted the rulers of Metal Blade Records, for which the band has been recording since 2007. Une Misère was born in Reykjavík in the spring of 2016. The band was formed by six musicians who had previously performed in a few hardcore bands. Their main inspiration was their homeland, its cold and often very early darkness. Musically they circulated and circulated around deathcore, post hardcore, post metal, shoegaze and sounds close to what Tool creates.

As I Lay Dying  My Own Grave