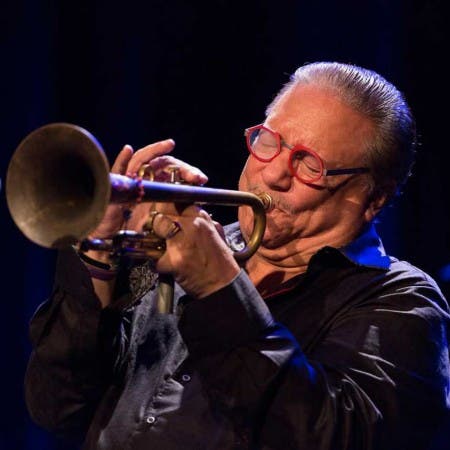 Arturo Sandoval  There Will Never Be Another You (live)

Arturo Sandoval is a Cuban American jazz trumpeter, pianist and composer. Sandoval, while still in Cuba, was influenced by jazz musicians Charlie Parker, Clifford Brown, and Dizzy Gillespie, finally meeting Gillespie later in 1977. Gillespie became a mentor and colleague, playing with Sandoval in concerts in Europe and Cuba and later featuring him in the United Nations Orchestra. Sandoval defected while touring with Gillespie in 1990, and he became a naturalized citizen in 1998. His life was the subject of the film For Love or Country: The Arturo Sandoval Story (2000), starring Andy García. Sandoval has won ten Grammy Awards and been nominated nineteen times; he has also received six Billboard Awards and one Emmy Award.