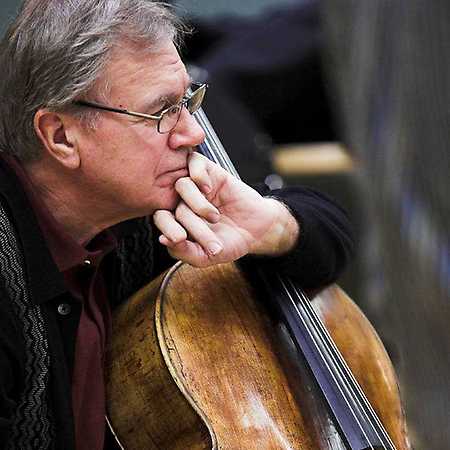 Arto Noras (born 12 May 1942 in Turku) is a Finnish cellist who is one of Finland’s most celebrated instrumentalists and amongst the most outstanding internationally acknowledged cellists of his generation. Arto Noras' repertoire covers all the principal works that have been written for his instrument, including those by contemporary composers, and he has recorded them extensively for the Finlandia recording label. In 1970 Arto Noras was appointed Professor of Cello at the Sibelius Academy in Helsinki. Noras has served as a jurist for some of the most important music competitions in the world, including the Tchaikovsky, Casals and Cassado competitions. He can be heard as a most distinguished chamber musician as a member of the Helsinki Trio and as a founder member of the Sibelius Academy Quartet as well as with several other groups of similarly distinguished musicians. In 1980, Prof. Noras founded the Naantali Music Festival in Naantali, Finland, and as of 2013 he is still the Artistic Manager of the festival. He also founded in 1991 and remains the Artistic Director of the V Paulo International Cello Competition, whose former winners include internationally renowned French concert cellist Jean-Guihen Queyras and Perttu Kivilaakso, member of the popular cello rock band Apocalyptica.