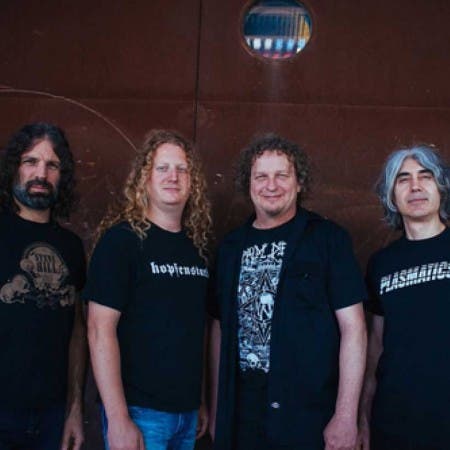 Voivod plays a blend of thrash with some progressive rock thrown in (on Killing Technology), and lyrics leaning heavily on sci-fi imagery. One of the first Canadian punk and thrash bands to enjoy success outside of Canada. The band consists of the members Snake (vocals), Chewy (guitar), Away (drums) and Rocky (bass), former cast also included Jason Newsted — former Metallica bassist (from 2002-2009). In their long career (founded in 1982) they released numerous releases, including War and Pain (1984, debut album), Rrröööaaarrr (1986), Angel Rat (1991) and The Wake (2018). They are a big player in the metal business and perform regularly on major festival stages such as the Roadburn Festival in the Netherlands.