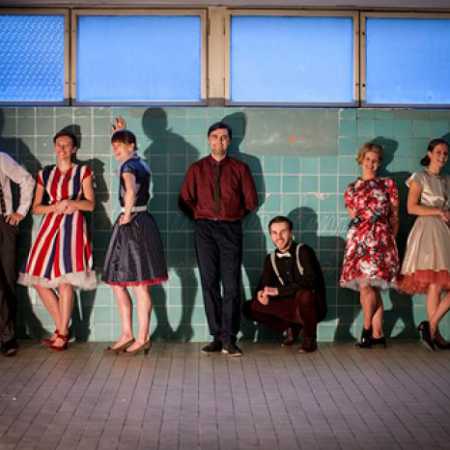 The dance company VerTeDance was founded in 2004 by the trio Veronika Knytlová and Tereza Ondrová, dancers and choreographers, and Pavel Kotlík, a light designer. Within 14 years of their existence, VerTeDance have created more than twenty projects, having mated with uncountable outstanding personalities of the czech and international dance scene. The company has to its credit a number of important rewards, among them The Dancer of the Year (2010 and 2017), The Best Light Design Award (2012, 2014 and 2017) and The Theatre Journal Award (2012 and 2014).

VerTeDance are the only Czech company to have gained the most prestigious Czech award in the field, The Dance Piece of The Year, as many as three times: for Silent Talk in 2005, for What is the Weight of Your Desire in 2012 and for CORRECTION in 2014.

In 2015 VerTeDance was awarded for show Correction by BE Audience Award 2015 and Mess Festival Award 2015 in BE festival in Birmingham and by prestigious Herald Angel Award 2015 in Edinburgh Fringe Festival.