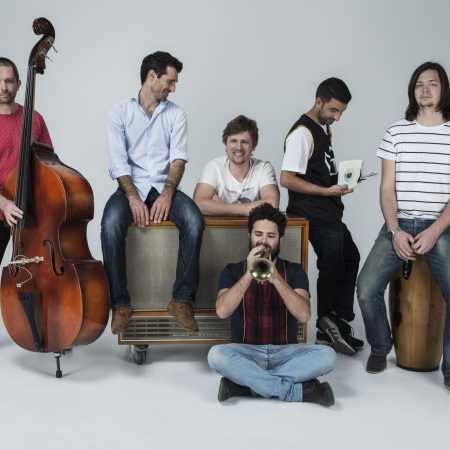 The Cat Empire  Brighter Than Gold

About The Cat Empire

The Cat Empire are an Australian ska and jazz band formed in 1999. Their core members are Felix Riebl (percussion and vocals), Harry James Angus (trumpet and vocals), Will Hull-Brown (drums), Jamshid “Jumps” Khadiwhala (decks, percussion), Ollie McGill (keyboard and backing vocals), and Ryan Monro (bass and backing vocals). They are often supplemented by The Empire Horns, a brass duo composed of Ross Irwin (trumpet) and Kieran Conrau (trombone), among others. Their sound is a fusion of jazz, ska, funk and rock with heavy Latin influences.

GoOut.net > Artists > The Cat Empire
à
I want a voucher