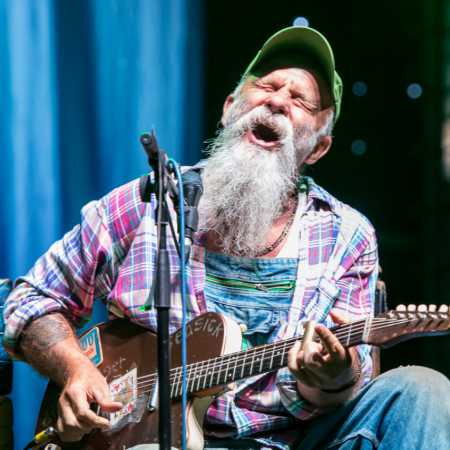 Steven Gene Wold, commonly known as Seasick Steve, is an American blues musician. He plays guitar and sings, usually about his early life doing casual work. From the late 1960s, he worked as a musician and recording engineer in the US and Europe, as well as pursuing other work, before his commercial breakthrough, initially in the UK, at the end of 2006. Wold made his first UK television appearance on Jools Holland’s annual Hootenanny BBC TV show on New Year’s Eve 2006. He performed a live rendition of Dog House Boogie on the Three String Trance Wonder and the Mississippi Drum Machine. After that show his popularity exploded in Britain.