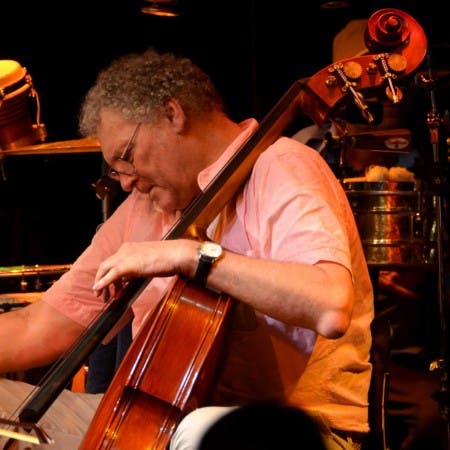 A Grammy Award winner, a New York-based saxophonist, a piano ace. That is in short the crew of a new project put together by the legendary bassist Miroslav Vitouš, which focuses on an improvised trialogue with a Czech saxophonist Karel Růžička jr. and a Slovakian pianist Liboš Šrámek. Miroslav Vitouš is a founding member of the prominent jazzrock band Weather Report where he played together with a keybordist Joe Zawinul and a saxophonist Wayne Shorter. He received his Grammy Award upon his cooperation with Chick Corea. Miroslav Vitouš’s records, released by the renowned ECM label, featured music stars such as Jan Garbarek, John McLaughlin or Jack DeJohnette.