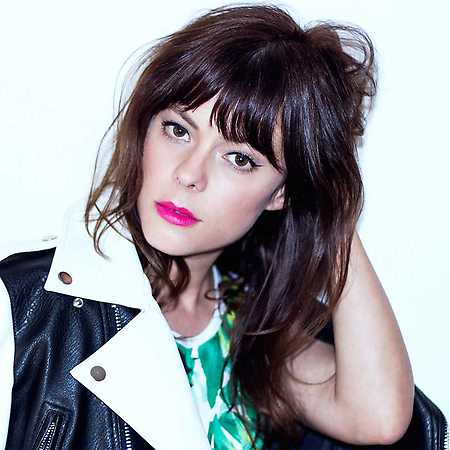 Lenka  Everything At Once

Lenka is an Australian artist who is truly a citizen of the world and whose work has touched people in every part of the globe. She was an accomplished film actress and TV personality living in Sydney in her teen and early adult years, and then went on to be the lead singer of the Australian seminal rock band Decoder Ring for two albums. Lenka then moved to America and launched a unique and successful solo recording and songwriting career living in LA and then Brooklyn, releasing three albums (Lenka, Two, Shadows) that would put her music on the radio and all over TV and in films from the United States to Europe, Asia, and parts of Latin America. Songs like The Show (featured in the film Moneyball and countless TV shows and commercials) to Everything at Once (the official global Windows 8 TV ad) have also brought her to the top of the charts from Germany to Hong Kong, and made her voice and her incomparable sound literally an indelible part of the soundtrack of our time — from Billy Crystal singing her song on the Academy Awards, to hearing her tunes in malls across America, to radio airplay throughout Central Europe and Asia, to her growing presence in China. The visual art and videos that Lenka creates with her husband, James Gulliver Hancock, have made her live shows an unusual enchanted journey, and sent her YouTube numbers soaring into the millions. Lenka has been writing music specifically for TV and film over the past year whilst finishing her new album, The Bright Side.